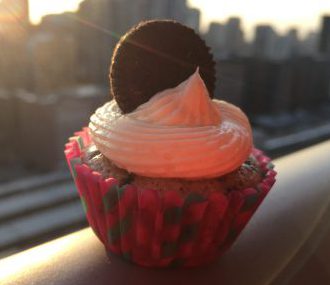 That’s me. Guilty as charged. I’m your dentist’s best friend. I blame my dad for blessing me with soft teeth. I guess it also doesn’t help that I find myself in the candy isle every time I’m at Target even though I’ve only stopped in for dryer sheets. By January 6th of this year I had already met my deductible at the dentist and had an emergency root canal. It kinda sounds like I’m bragging. It also sounds like TMI #sorrynotsorry

I discovered Oreo Thins a few months ago and can eat those without hesitation because they are the “healthy” version. I decided to make a Cookies and Cream Nibble w/ Vanilla Buttercream Frosting in honor of my new Oreo obsession. The bottom of the Nibble has a mini Oreo and the vanilla batter has crushed Oreo and vanilla yogurt that makes the cake moist and oh so delightful. Of course the frosting is topped with a mini Oreo because when sweets are tiny who is counting?

On a semi-related note… it’s officially Christmas season, and I hope I’m the first to wish you a Merry Christmas. For those that think it’s too soon (probably 99.9% of the population) remember that there is no harm in taking two months to celebrate the best time of the year and indulge in Christmas spirit. Tis the season to eat sweets and be merry! Now enjoy looking at these Nibble pics! 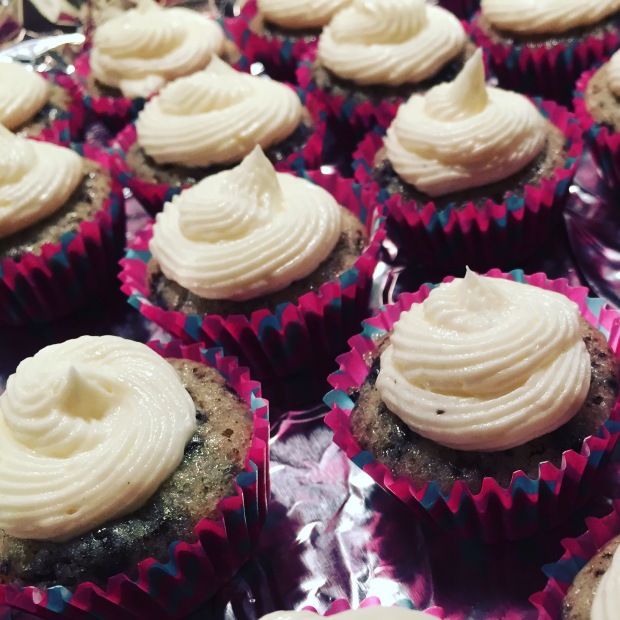 3 thoughts on “Your Dentist’s Best Friend”